Getting Started: The Automation Store

Getting Started: The Automation Store

In TexAu, the first page you will land on is the Automation Store:

If you come from a Phantombuster background, those are similar to their Phantoms.

One key difference is that in TexAu, most automation tend to be more narrow and focused on one action, wherein Phantombuster their automation will often act as a workflow from the same phantom (multiple automation into one).

Later on, you will be able to link those automation modules together to form massive automation workflows (recipes) in a way that is virtually impossible to do seamlessly with Phantombuster.

That's why TexAu is more granular and modular in how it chains automation modules, allowing a broader range of actions when combined.

You can find the complete list and a brief explanation of how to use them from the TexAu automation store:﻿

This article doesn't aim to present ALL the automation in detail but to understand better how they work. Soon, you will find a detailed video presentation in-app for each module in TexAu with use case examples.

You can sort automation scripts by categories, depending on the type of data it extracts:

Automation modules are like Lego bricks that do one automation that you can chain together.

The above automation categories will allow us to chain modules and build larger automation workflows known as recipes:

Later on, TexAu will add a similar classification system for better navigation on the platform.

What data input do these modules need to run?

To run an automation to get data in return, you must enter an input variable. Depending on the automation, it could be a keyword, a hashtag, or an input URL.

To know what type of input format is needed, expand the "example input" accordion. This will list all the possible input types you can use to run this automation:

What data output do these automation return?

In TexAu, you feed data to get data in return. An input variable can generate one or more output variables.

To have an idea of what kind of output variables an automation returns after completion, expand the accordion labeled "What information does it provide?":

You can also find a short description of the input & outputs and how to use each automation by clicking the button below: 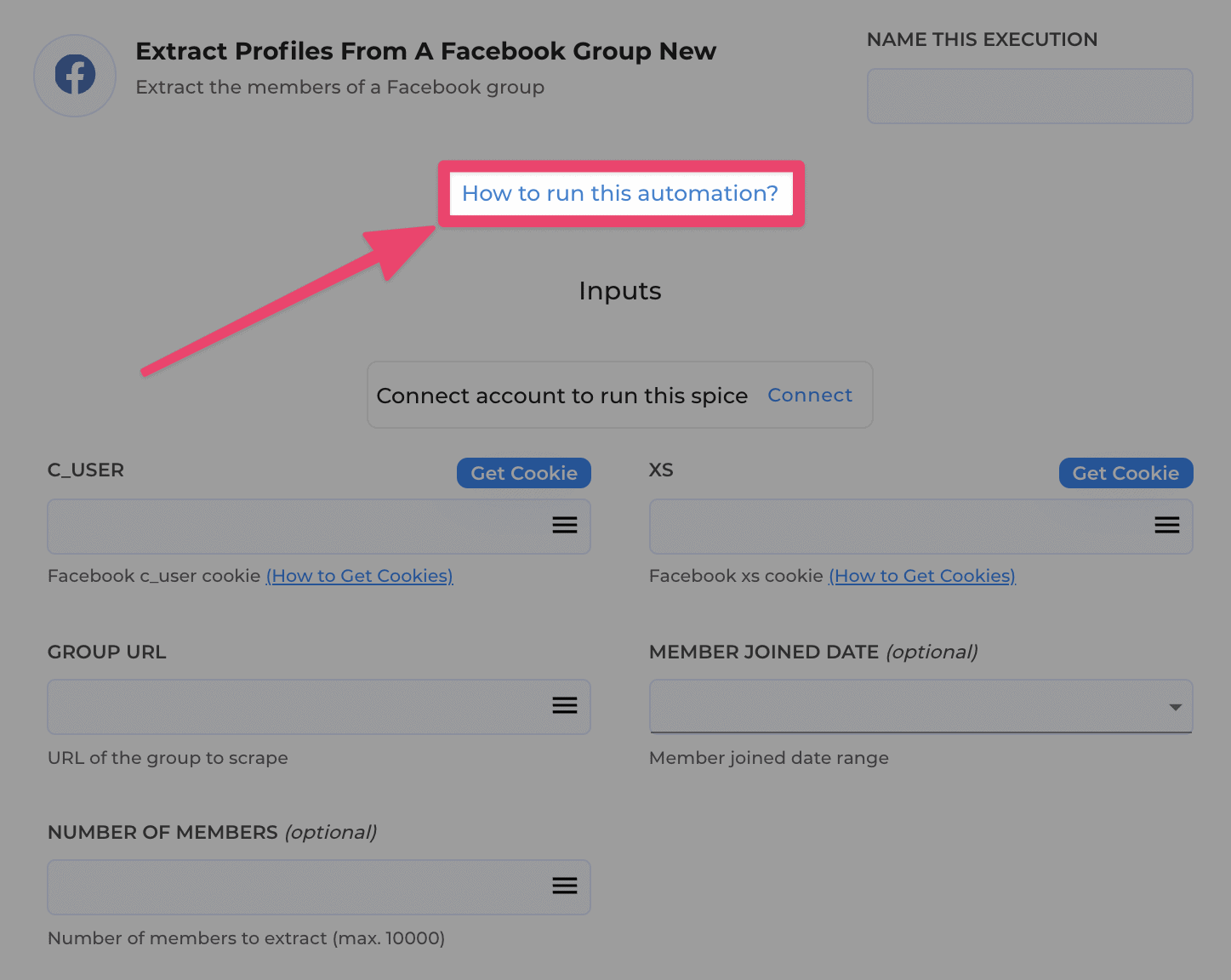 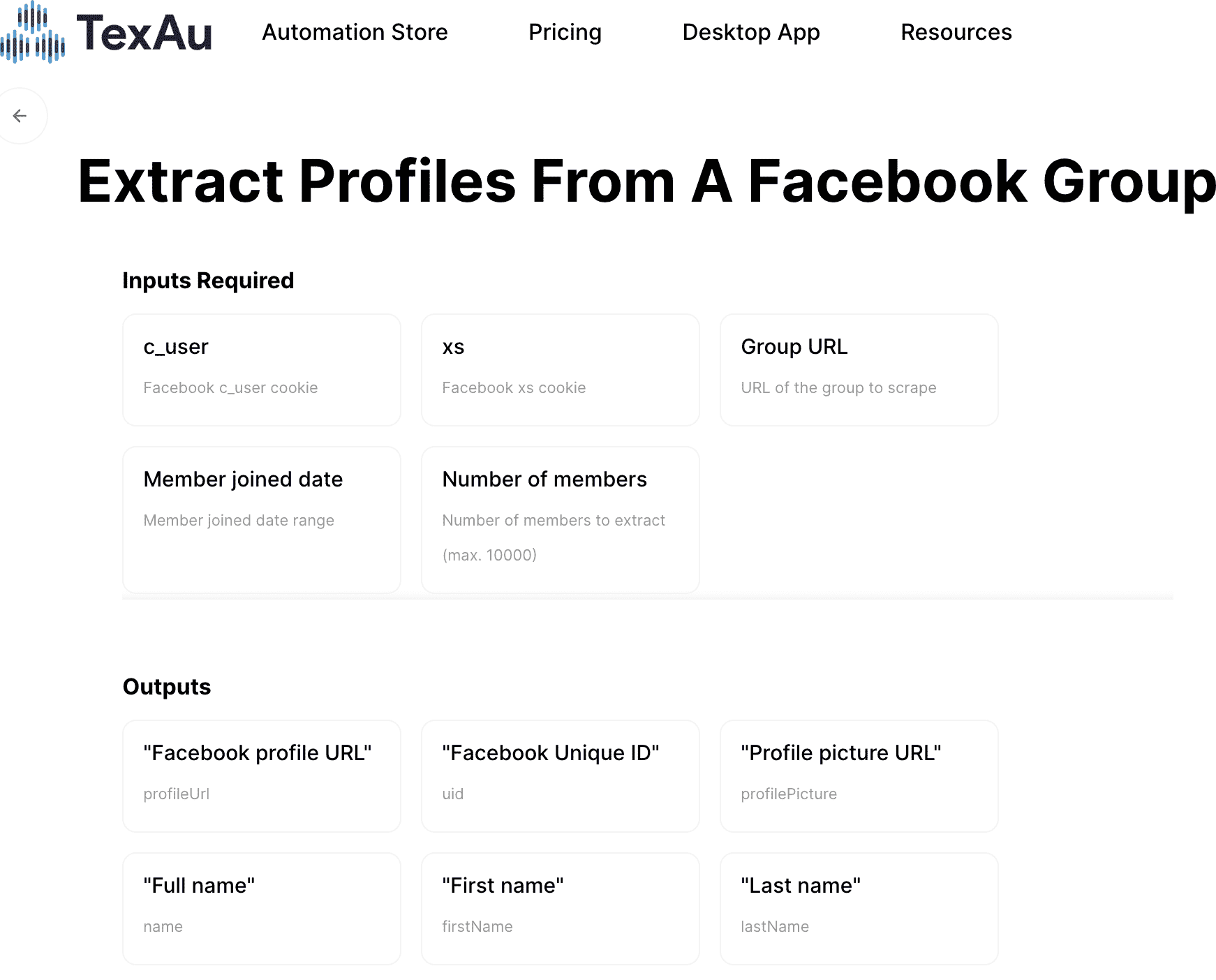 All these output variables can "feed" a new automation as input. We will see this in the next chapter:

For more details about the different automation categories, you can read the post series below: 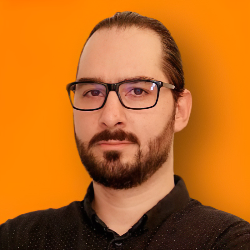 Updated 14 May 2022
Did this page help you?
Yes
No
UP NEXT
Search Filters & Listings
Docs powered by archbee